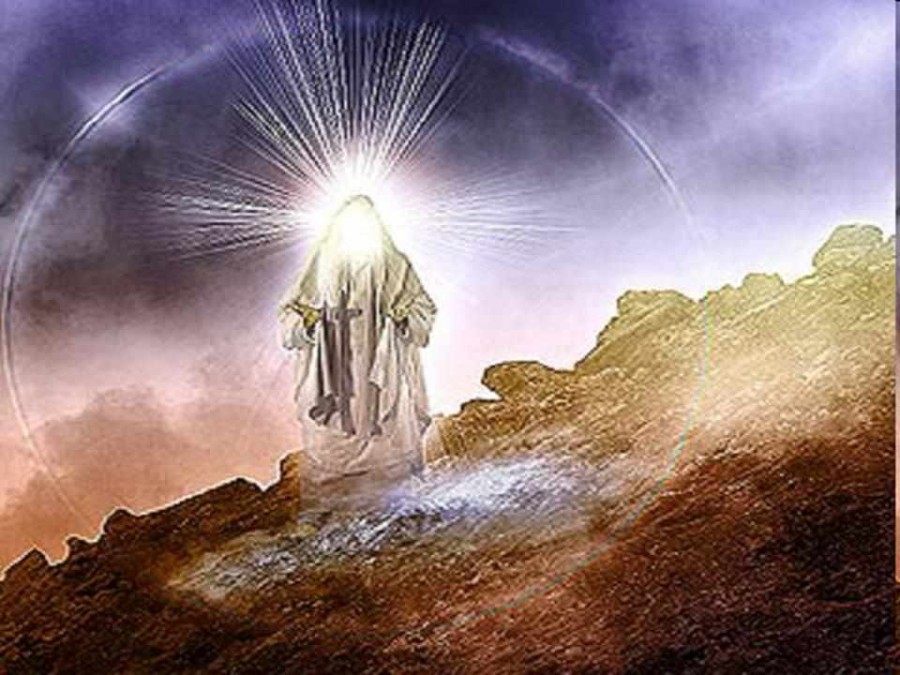 In my last post, I wrote about just how far man has fallen. We are utterly fallen, satanic, dead, evil, and by nature enemies of God. Now I’d like to talk about not just our salvation, but about the end result of the salvation of man, and what exactly we become.

“God became man so that man might become a god.”  Athanasius¹

“God was made man, that man might be made God.”  Augustine²

This may seem strange to some, and to others, blatantly heretical. You may not be familiar with the topic of deification/divinization/theosis/illumination, but this doctrine is at the very heart of the Bible, church history, and God’s plan in the salvation of man. Before writing me a letter with your concerns, please consider the verses and quotes to come and have a pure heart and poor spirit while reading (Matt. 5:3,8).

No one reading this post, myself included, has considered the weight, significance, absurdity, impossibility, and gravity of this statement enough: God became a man. Today it is treated as common knowledge. This was not always the case. In the early days of Christianity, believers used to muse on such a thought all day long, and they would debate on such a topic for over 300 years! Let us consider the implications.

We can say that divinity put on, assumed, and joined itself to humanity. God took on flesh and dwelt among us! For what purpose? To accomplish redemption? Yes. But this is the folly of today’s protestant theology, we have reduced the scope of the incarnation of God and eternal purpose therein to the justification of man from eternal perdition.

God’s incarnation, however, accomplished far more than we give Him credit for. In God’s becoming a man, man now has access to the divine. Not in mystical energies or gnostic heresy, but rather in the person of Jesus Christ, whom we have been joined to (1 Cor. 6:17).

This is possible because God become a man and then transfigured in His resurrection to become a life-giving Spirit, enabling Himself to get inside of man (1 Cor. 15:45). Now all that Jesus Christ, the God-man, has accomplished can be applied to us in the Spirit, and we can be conformed to His image:

“Because those whom He foreknew, He also predestinated to be conformed to the image of His Son, that He might be the Firstborn among many brothers” Romans 8:29

In saying “became” a man and “became” a Spirit is not to modalize God or distort His triunity, but rather is exactly what the Scriptures say. It is a mystery, and it is beyond the scope of this post to talk about the differences between God in His essence and in His economy, but rest assured that He became a man and then became the Spirit.

As a forewarning, when the Church fathers said “become God” or become “gods,” they did not have in mind entrance into the One God’s trinity (Deut. 6:4, Matt. 28:19). They simply meant the unifying of God and man into one corporate entity and our partaking of his nature and life to be transformed and conformed into the very same image, namely the image of Jesus Christ.

“that through these you might become partakers of the divine nature” 2 Peter 1:4

“Predestinating us unto sonship” Ephesians 1:5

God has given us the eternal life (John 3:16; 1 John 1:1-2). “Eternal” in the sense of nature and source, not in the sense (at least not primarily) of everlasting. We have this life planted as a seed within us:

“Having been regenerated not of corruptible seed but of incorruptible, through the living and abiding word of God.” 1 Peter 1:23

What do seeds do? They grow. Expand. And eventually they express life. In the same way, we were begotten as sons of the Most High. We have been given to partake of the divine nature for the rest of our lives that we may have this seed grow and expand in all of our heart. Paul says it better than I do:

“That He would grant you, according to the riches of His glory, to be strengthened with power through His Spirit into the inner man, that Christ may make His home in your hearts through faith…that you may be filled unto all the fullness of God.” Ephesians 3:16-19

Christ’s becoming a man, and assuming the corruptible, allows us to put on God and assume the incorruptible:

“Him who did not know sin He made sin on our behalf that we might become the righteousness of God in Him.” 2 Corinthians 5:21

“For this corruptible must put on incorruption, and this mortal must put on immortality.” 1 Corinthians 15:53

This was not at all extensive, and there are A LOT more verses I want to cover, but I think it would do me better if we looked at church history to see who adopted this view.

Just to be clear, the doctrine of the deification of man is completely orthodox and is part of Christianity’s rich history. It is confessed in both Eastern Orthodox and Catholic traditions. For those who don’t like me referring to church history, due to some protestant stigmatism, don’t worry, I plan on quoting from reformers and contemporaries as well.

“God made himself man, that man might become God.” Ireneaus 3

“The Word of God became man, so that you should learn from a man, how it is that man can become a god.” Clement 4

“all men are deemed worthy of becoming “gods,” and of having power to become sons of the Highest.” Justin Martyr 5

“become gods for (God’s) sake, since (God) became man for our sake.” Gregory of Nazianzus 6

“The only-begotten Son of God, wanting to make us sharers in his divinity, assumed our natrure, so that he, made man, might make men gods.” Thomas Aquinas 7

“Let us then mark, that the end of the gospel is, to render us eventually conformable to God, and, if we may so speak, to deify us.” John Calvin 8

“God pours out Christ His dear Son over us and pours Himself into us and draws us into Himself, so that He becomes completely humanified (vemzenschet)and we become completely deified (gantz und gar vergottet, “Godded-through”) and everything is altogether one thing, God, Christ, and you.” Martin Luther 9

“He will make the feeblest and filthiest of us into a god or goddess, dazzling, radiant, immortal creature, pulsating all through with such energy and joy and wisdom and love as we cannot now imagine, a bright stainless mirror which reflects back to God perfectly” C.S. Lewis 11

Let it stand that this is not at all a comprehensive study, neither does it include all of the quotes or verses that I would like. But I hope this opened the eyes of many in regard to the hope of our calling (Col. 1:27).

We were made in the image and likeness of God, but sin came in and brought with it condemnation and death. God did not leave us in this state, but rather entered into His very own creation in the flesh, cleansed us from all iniquity, and came into us that He might be our life (Col. 3:6). This life renews, transforms, and conforms our natural man to the very image of Christ (Rm. 12:2; 2 Cor. 3:18; Rm. 8:29). The ultimate goal of this process is unity with God, sharing in His very life, nature, and glory:

“…the two shall be one flesh. This mystery is great, but I speak with regard to  Christ and the church.” Ephesians 5:30-31

“I am Jehovah, that is My name, and I will not give My glory to another” Isaiah 42:8

“I will show you the bride, the wife of the Lamb. And he…showed me the holy city, Jerusalem, coming down out of heaven from God, having the glory of God.” Revelation 21:9-10

We become one with God! Hallelujah! Don’t fear this, thinking yourselves to be lower than God has called you (Col. 2:18), but rather embrace it with exultation! He will not give His glory to another! We must be him to receive it! And we, as the Body of Christ, the fullness of the one who fills all in all, can receive it (Eph. 1:23)! Praise the Lord!

8 thoughts on “The Deification of Man”

This is a blog concerning relevant theology and fun topics about the Bible and God. I hope you enjoy!